Interpretation of the Story Behind the History of Mobile Phone Waterproofing

What is the concept of $96.7 billion? The US$96.7 billion is equivalent to a country with more than 60 global GDP rankings. It can be seen that the economic loss caused by liquid intrusion is extremely heavy. In addition, as smartphones become more powerful, they are not only increasingly integrated into the lives of consumers, but consumers also want them to be used in more harsh environments. In summary, it is especially important that the phone has a waterproof function.

According to the IDC report, less than 10% of smartphones worldwide are waterproof. According to the Global Action Association (GSMA) report, by the middle of 2017, the number of mobile phone users worldwide will exceed 5 billion; this means 45 The mobile phone of 100 million users does not have waterproof performance, and may be subjected to "injury" due to liquid intrusion at any time. So why are most smartphones not waterproof?

The author believes that the first mobile phone support waterproof technology will increase the cost, the estimated cost should reach 15-20 US dollars, some low-end smart phones can not afford this cost; secondly, support the waterproof will also limit the degree of freedom, which is what we see Many mobile phones with waterproof performance are slightly cumbersome; on the other hand, the mobile phone adopts waterproof design, and the increase of the process will affect the production yield of the product; if the order quantity is large, the production capacity may have problems.

What is the current waterproof phone?

It is not difficult to understand that the thick and rigid three-proof mobile phone is not able to get the "love" of consumers. In 2012, Sony Mobile put the dustproof and waterproof function into the focus of mobile phone design, starting from Xperia Acro S, to the ultimate thin and light The Xperia Z L36h, and then the Xperia Z3+ brings new breakthroughs in waterproof technology. The Xperia Z3+ uses Capless uncovered bare waterproof technology on the USB interface, and the waterproof level reaches IP65/IP68.

First of all, in the waterproof technology of mobile phones, the author believes that the future will be the world of nano-waterproof coating. Nano-plating not only prevents liquid from entering or eroding, but also greatly reduces the contact between liquid and internal and external parts of the mobile phone; and compared with mechanical physical seals. Nano-waterproof coatings are sufficient for everyday waterproofing, at a lower price and more efficient, and also improve the thermal performance of the product.

Nano-waterproof technology refers to the application of a layer of polymer on the entire surface of the product in nanometers. This film can be attached to the surface of the product in molecular form and is inseparable. This process reduces surface energy to an extremely low level - as low as one-third of PTFE (polytetrafluoroethylene). Once in contact with the coating, the liquid condenses into water droplets and the material remains unchanged. Therefore, it has good oil and water resistance. 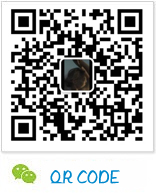